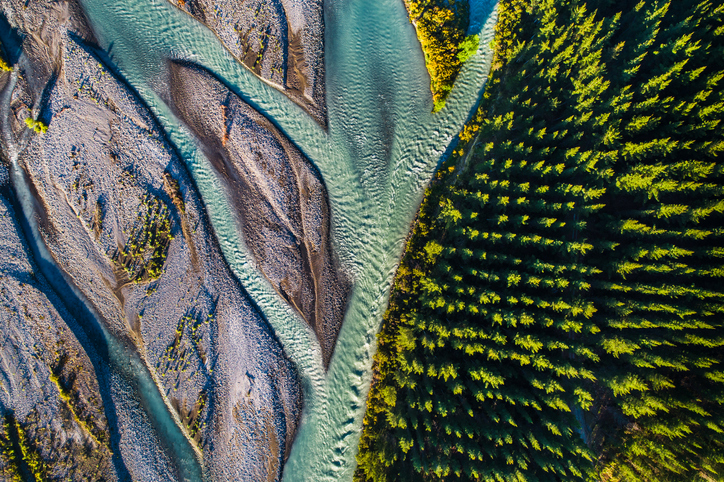 As discussed in a previous blog, the great variety of applications involving analysis by liquid chromatography - tandem mass spectrometry (LC-MS/MS) have at least one thing in common - they all use ultrapure water (UPW).

Modern LC-MS would not be half as powerful a technique if UltraPure Water was not used to minimise impurities in the preparation of samples, standards and blanks and for the mobile phases. This blog aims to remind the reader of the range of these LC-MS/UPW applications to study the roles and levels of contaminants in the environment taking some examples of research using UPW from PURELAB Chorus 1 units.

Contamination of ground waters is usually thought of as originating from human activity but there is a range of naturally occurring toxins which can contaminate natural waters. Two such substances are the carcinogen ptaquiloside and its degradation product pterosin B. In 2016 Clauson-Kaas and colleagues1 have increased the speed and reliability of a method for their determination in natural waters using solid phase extraction and UPLC-MS/MS. Loganin was used as an internal standard and total run cycle could be reduced to only 5 min. Detection limits  were 8 and 4 ng/L respectively. Buffering samples to pH 5.5 with ammonium acetate before transport significantly improved recoveries.

Benzisothiazolinone is used in cosmetic products (e.g. hand wash, sun-block, air freshener) as a preservative and on an industrial scale as a biocide on buildings (to kill fungus on roofs and buildings) as well as a preservative in paints and cleaning products. Its widespread use inevitably results in its presence in the environment. Varga3 has investigated its photodegradation in water which was found to produce fourteen products and elucidated their structures using GC-MS, FT-ICR-MS and LC-MS/MS. Oral rat LD50 data was used to assess toxicity. The photoproducts with a phenolic or a sulfino group were more toxic than benzisothiazolinone.